CCTV images are personal data if they contain identifiable images of an individual.  Also, your registration plate is considered personal data.  As with all personal data you have the right to a copy of any data that an organisation holds on you.

CCTV cameras are legal as long as they are installed and operated within the relevant UK laws.  Cameras that view private areas that the operator does not own are breaking the law.  If you believe a camera system is breaking the law you should report it to the local Police.

Are CCTV cameras worth it?

Yes – installing CCTV cameras is worth it when used correctly and proportionately.  CCTV systems are very good at detecting incidents and deterring crime.  Used in conjunction with physical security systems, a CCTV system can significantly improve the security of an area.

Yes – CCTV can be wireless.  A true wireless CCTV camera is battery-powered and can be supported by solar or wind power generation.  CCTV cameras that are powered by main electricity will have a wire running to the power source but could connect to the recording device over a wireless link.

No – if the CCTV system is setup properly, all appropriate steps are taken and guidelines are followed.  Some people consider all forms of CCTV as an invasion of privacy but it is generally accepted by the majority of people that they are acceptable in most situations.

In the UK signs are required to inform you that CCTV is in use, its purpose, and the contact details of the owner of the system.  If there were no signs you would not know why the cameras were there, who was operating them and how to access your personal data – which you have in law the right to do.

CCTV cameras of certain types are interchangeable.  Cameras fall into two broad categories analogue and digital (IP).  Analogue cameras are probably the most simple cameras to swap out with another analogue camera.  IP cameras are slightly more complex but the ONVIF standard makes most modern IP cameras compatible with each other.

Yes – most CCTV systems are able to record sound.  Signage must be displayed to inform anyone that might be recorded.  System owners should be mindful that sound can travel long distances and while the person may not be seen on the camera their audio might be captured.

Can CCTV be used in court?

Yes – CCTV can be used in court if the CCTV evidence has been lawfully obtained.  CCTV is the most common forensic form evidence used in UK courts today.  It is used more often than all other forms including both fingerprints and DNA.

Can CCTV be hacked?

Yes – CCTV can be hacked.  Any networked device has the potential to be hacked.  Proper installation and countermeasures will make your data as secure as it can be – interestingly older analogue CCTV is far less likely to be ‘hacked’ – please speak to us!

Can CCTV be used as evidence?

Yes – CCTV is the most common forensic evidence type used in UK courts today.  CCTV evidence can be used by courts in a variety of ways.  Footage of the actual event can be crucial but so can images putting someone at or near the scene at the time.

Can CCTV be used to spy on staff?

CCTV can be used to spy on staff but ordinarily is not a right, or legal, and therefore should be avoided.  CCTV only be used to monitor staff for their own safety.  For example, it benefits an interview room because there is the possibility for confrontation or allegations, which CCTV can be used to provide a deterrent and record of events.

Can CCTV footage be used in a disciplinary?

Yes – CCTV footage can be used in a disciplinary process if it has been lawfully obtained.  The law in the UK is clear on the steps required to ensure proper use of CCTV and what constitutes a lawful deployment.  If the CCTV evidence has not been collected properly then it cannot be used.

Can CCTV work without internet?

How do CCTV cameras work?

CCTV cameras capture moving images that are recorded locally onto a re-writeable storage media.  There are usually a number of cameras connected to the same recording device.  The recordings are kept for usually 30 days and are able to reviewed via a computer and are able to be downloaded.

How does CCTV work?

CCTV stands for closed-circuit television and its primary purpose is to monitor and record a specific area with video cameras.  Cameras are connected back to a device that allow access to these images.  A CCTV system is not designed to be broadcast – it is a private video system.

How can CCTV prevent crime?

CCTV systems can prevent crime as they are a deterrent to would-be criminals as video images increase the risk of being identified and prosecuted.  The latest CCTV cameras have smart features such as white light and auto person tracking – which both increase the deterrent factor of a camera.

How CCTV helps the police?

CCTV helps the police in many ways.  If a crime is committed and caught on camera then this will increase the likelihood of a successful prosecution.  Even if a crime is not caught on camera but nearby cameras are able to place a suspect in the vicinity this could be enough to support other evidence.

What CCTV stands for?

CCTV stands for closed-circuit television and its primary purpose is to monitor and record a specific area with video cameras.  Cameras are connected back to a device that allow access to these images.  A CCTV system is not designed to be broadcast – it is a private video system.

Which CCTV camera should I buy?

There are many factors that determine what is the best CCTV camera for your requirements.  Static, PTZ, IP, analogue, indoor, outdoor, and size are some of the important features to consider and of course, price is always crucial a crucial factor.

When did CCTV become common in the UK?

CCTV in the UK became widespread during the mid-90s.  There was a huge amount of government investment in public space CCTV systems at this time.  Nearly every town and city in the UK had some form of CCTV installed during the 90s.

Where CCTV cameras are used?

CCTV cameras are commonly placed in public spaces areas such as town centres.  Mass transit hubs such as airports, train stations and bus terminals are also usually covered.  Shops and banks are another commonplace you will expect to find CCTV.  Many people now have CCTV in and around their home.

Where can you buy CCTV?

CCTV systems are widely available and can be purchased in many stores and online.  Installing CCTV can be complex and it is probably worth using an experienced company to do this for you.  You will get more out of the system if it is installed and commissioned expertly.

CCTV where to put cameras?

CCTV cameras should be positioned so that they can ‘see’ the area you wish to cover.  A camera’s position should be dictated to by the operational requirements of that camera and not what can be covered from where the camera has been installed.

CCTV where to put DVR?

Where is CCTV footage stored?

CCTV footage today is stored predominantly on hard disk drives in DVRS, NVRS, and on larger systems, servers.  Some systems push video to the cloud but this requires a combination of compression, selection, and a high bandwidth connection.

Which CCTV camera is best for night vision?

Thermal imaging cameras are extremely good in very dark settings.  The image is not like a standard CCTV camera – it shows heat signatures.  This can be extremely good for covering wide areas of unlit space.  Modern optical cameras can work in near 0 lux conditions but will usually require some form of a light source.

Which CCTV brand is best?

The world’s largest manufacture of CCTV is Hikvision and they produce more cameras per year than any other single manufacturer.

Which CCTV is good for home?

CCTV for the home usually needs to be priced keenly and be wireless.  Unless you are remodelling your house, it is very difficult to discreetly run cables to each camera.  There are many systems on the market now that are able to work wirelessly.

Which CCTV camera is best for shop?

Shop CCTV should be as Hi-resolution as possible.  It is also extremely important to position the cameras in the correct position and also considering any future changes to the layout – do you put up a Christmas tree in November or planning on new display cabinets?

Each CCTV system in the UK should have a person – the data controller – who is responsible for the system’s compliance with the Data Protection Act 2018.  They are legally required to ensure the system complies with the seven principles of data protection.

Who controls CCTV in the UK?

CCTV in the UK is subject to a number of laws but primarily the data protection act 2018 governs it use.  The Surveillance Camera Commissioners Office and the Information Commissioners Officer are both charged with ensuring CCTV and the stored data is handled lawfully.

Why is my CCTV camera not showing pictures?

Probably the most common fault is with the power supply.  Secondly, the connectors that transmit the signal can also be faulty.  With an analogue system a poor connection will result in a poor image or a complete loss.  With an IP surveillance camera system generally, you will have no picture.

Why is my CCTV camera blurry?

Blurry CCTV images can be caused by a number of factors.  The most likely cause is a dirty lens – cleaning the lens will fix this.  Older cameras require proper setup so that they are in focus both in daytime and night-time – proper back focusing of the camera will resolve this issue.

Will CCTV work without internet?

CCTV will work without the internet.  True CCTV systems do not connect to another network – this is why they are called a closed circuit.  Connecting a CCTV system to the internet does allow for remote access to live and recorded images but increases the risk of unauthorised access.

CCTV will not record

If the police believe that you have evidence captured on a CCTV system that can help with enquiries that have the right to obtain copies of the footage.  You do not have the right to refuse access to the images and should facilitate making a copy. 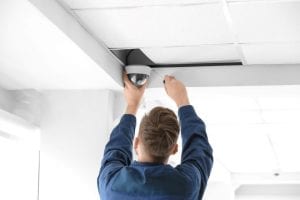 Can you upgrade CCTV cameras? 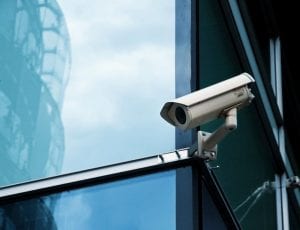 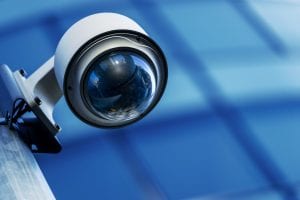 Which CCTV technology is best to use?