How to Choose the Right Network Cabling Installers in London

Today, it is almost quaint to talk about “the digital age”; when the term was in vogue, in the late 1990s, the reality that it described seemed static, a permanent period of “digitalness” after a few years of turbulence, during which companies scrambled to adapt to using computers and the Internet for business.

We were so wrong! By any measure, we are firmly in “the digital age”, and yet the pace of its progress has increased tremendously, not slowed down to a self-sufficient rhythm. The modern network sketched by Cisco, the leading networking equipment manufacturer, is all that we would have hoped it would be, but so different from what we imagined it would be.

Three aspects stand out in Cisco’s analysis: increased device diversity (smartphones and tablets, IoT and IIoT devices, etc.), increasingly sharp Internet traffic peaks, and increased intra-network traffic demands. Traffic- and data-intensive applications, such as machine learning, find a new business use every day, and that the global business world is as dynamic as it is rich in opportunities.

Ultimately, the strain of these changes has been put on the lowest-level components of the network – the switching equipment and the cabling. Network cabling, in particular, has seen an explosion in complexity, as it interconnects an increasing number of devices and routes an increasing amount of traffic.

This surge in device number and network demands has meant additional effort for network cabling installers, but a lot of effort – most of it unseen – has also been expended on the engineering front,

To meet these new demands, the cabling industry has developed and refined advanced paradigms, such as structured cabling and has introduced and maintained standards for cable installation to answer traffic growth and new networking standards such as Power over Ethernet (802.3af). Business owners, in turn, have moved to take advantage of these developments.

New businesses have been in the privileged position of being able to start from scratch and proactively ensure high-quality network cabling installation. Things are more complicated for existing businesses, which often cannot afford the time (even if they can afford the cost) of a complete cabling overhaul. Network cabling companies have come to their aid through gradual transitioning options and complexity management services such as cable tidying.

Furthermore, unlike replacing or upgrading network equipment, performing a significant upgrade on the cabling infrastructure is neither a localized operation nor something that can always be done without significant downtime. As a consequence, there is a great deal of value in getting cabling infrastructure right the first time; in fact, trying again often costs more than doing it right the first time.

Choosing a Reliable Partner for Network Cabling Installation in London

Network cabling installation has so many variables that even doing a price assessment all by yourself is difficult. Consequently, even if it were a good idea, narrowing down your options based on price alone is time-consuming and very error-prone. When it comes to choosing a network cabling installer, fitting into your budget should be viewed as an end goal, not a trait as such.

Consequently, you should be looking for a network cabling company that:

Traffic and connectivity demands are the centerpieces of any network planning effort. In the dynamic business landscape of London, company networks not only need to support a great amount of traffic, but they also need to integrate a diverse range of devices, ranging from high-end servers to low-power smart building sensors, and from traditional desktop computers to CCTV cameras.

Devising a cabling infrastructure that can meet your short- and medium-term traffic and connectivity demands start with understanding what these demands are and how your network is structured.

The type of equipment that your network is comprised of, the way your network is segmented and how all this equipment will be physically deployed is what dictates the most important choices about your cabling infrastructure. This data is gathered during the initial survey and influences:

Correct cable choice and routing are two of the decisive factors in whether or not your network will deliver the performance that your business needs, and the deciding factors as far as cabling is concerned.

Cable choice is the root of this decision-making process, as different applications require different cables:

Cable choice dictates not only the bandwidth but also the wiring and routing choices. Each type of cable has specific deployment requirements, such as maximum bend radius and noise levels, which the network cabling installer needs to consider.

Long-term growth is the other factor that makes generic network cabling unsuited for many UK companies.

Curiously enough, it is not so much the increase in bandwidth that makes long-term growth difficult to cope with, as it is the increase of endpoints, both in numbers and in diversity. Most of the traffic increase is currently concentrated in the mobile area – where it can be adequately managed at the wireless access point level which, fortunately, uses easily-accessible cabling, mostly routed through ceilings – and in backbone and data centre sections, which are more easily maintained.

It is the long-term increase in the number and diversity of endpoints that are most troubling for network cabling installers in London and throughout the UK. By the end of 2017, more than 3.1 billion IoT devices will be in use in company networks according to Gartner, and this installed base is expected to grow by more than 30% in 2018 alone. This growth is not driven only by low-power, low-traffic gadgets such as WiFi-enabled air conditioning units. Devices such as high-resolution, Internet-enabled CCTV cameras will be responsible for some of this growth as well.

The increase in traffic will be substantial, but certainly within the limits that Cat6a cabling can handle. The work-area components are the ones in need of an overhaul. PoE is likely going to be the norm, for instance, and its endpoints are not so easily retrofitted; cable density is likely to be significantly higher, too, and unlikely to be manageable without strict adherence to structured cabling principles.

Understanding the current performance and connectivity requirements and how they will develop in time is a fundamental element of network planning. Building this understanding aims not to ensure “adequate” performance in the technical sense, but to devise an infrastructure which meets only those demands that are relevant (or are going to be relevant) to your business. It is a reality of management that funds are always limited; prioritizing what to spend them on is what makes the difference between a successful investment and an unsuccessful one.

Legal and standards compliance are two aspects that we have alluded to so far but have not discussed in detail. Network cabling installers in London (and in the UK in general) have strict legal requirements to consider, as the UK has strenuous H&S and data privacy legislation in place.

Furthermore, many of its high-end office estates are developed with an eye to the future, employing various building automation features and advanced security systems. Complying with industry standards and recommendations is what ensures that equipment on your network will be able to operate in conjunction with building automation and security equipment.

Some cabling standards, particularly those dealing with structured cabling, do not aim only to ensure interoperability and performance, but also to standardise best practices. Complying with these standards results in lower maintenance costs, both directly (where standards make provisions that inherently make maintenance easier) and indirectly (as industry-wide practices are more widely disseminated, resulting in easier access to skilled technical labour, more widespread support options, etc.)

Network cabling is one of the fundamental pieces of your business’ infrastructure. Like any infrastructure investment, it requires long-term planning and reliable execution partners.

Today, a high-performance cabling infrastructure for a company network has to be custom-tailored. It is developed based on an initial survey, with substantial understanding of your use case and long-term requirements, and should not only satisfy the current demands of your business but also provide a solid framework to address future demands. Many of these demands are concerned with legal requirements and compatibility with other types of equipment, which makes it important for any network planning and installation activity to be done in accordance with legal and industry standards.

ACCL has been one of London’s preferred network cabling installers for more than two decades. Why? Because we don’t just comply with industry standards – we set our own very stringent ones. Each of our projects (whether it was for a small startup or a huge stadium) was done with cost-effectiveness, sustainability, and scalability in mind.

If you’re in need of data cabling in London you have come to the right place. Give us a call and set up your FREE consultation now. 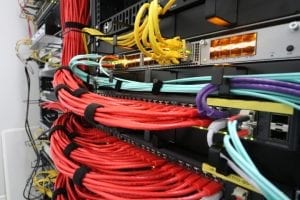 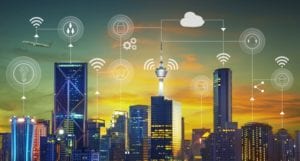 How to Improve the Smart Building Experience with Professional Cabling Solutions 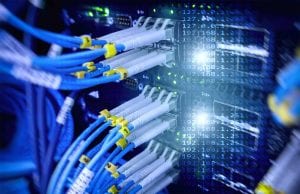