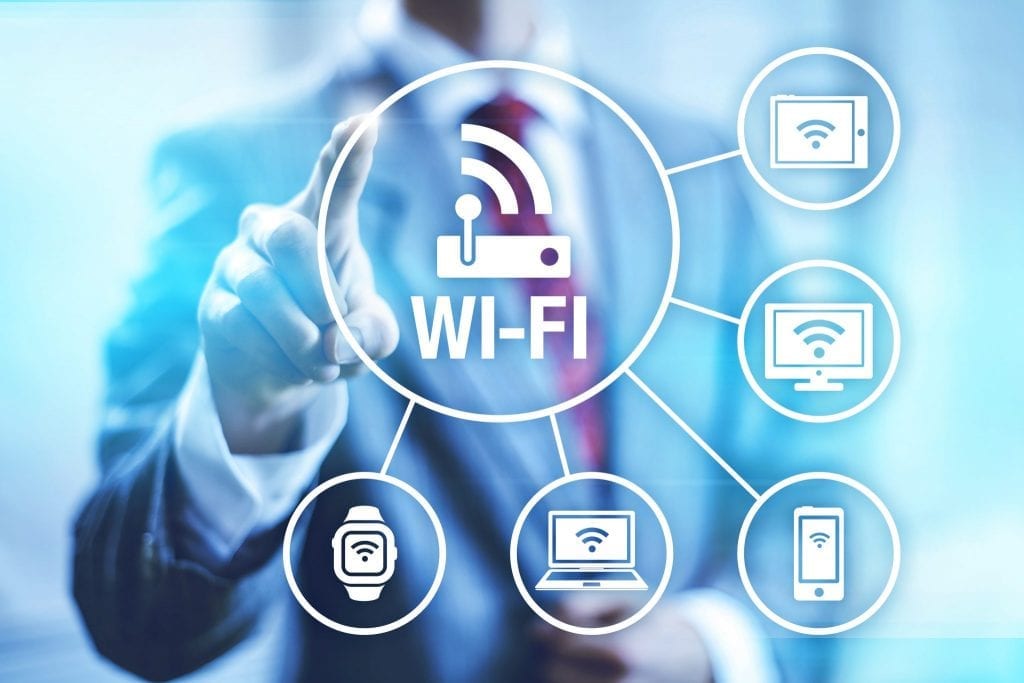 All the different aspects of WiFi networks can be fairly complicated, especially when the company network needs to be large and accessible through an entire building.

That’s why Active Communication Company Ltd in London is standing by to help with your bespoke wireless network installation service. We conduct wireless surveys and work within any budget to find a WiFi installation solution that is both affordable and effective for your company. Installing wireless Access points in optimal locations will allow for a flawless, high-performance WiFi network.

WiFi wireless Internet allows users to access the World Wide Web through whatever device they are using, assuming it has WiFi capabilities. Desktop computers may need to have a special wireless card installed before they are able to access WiFi networks, but most laptops have this capability already built-in. Some NetBook laptops are unable to connect to networks that use the latest 802-11n standard, but can still connect to the more widely used 802-11b and 802-11g.

Using WiFi, users can move throughout an area while being able to check email, access web pages, and perform other tasks which involve the World Wide Web. The limitations of Internet in this case depend upon the device which is being used and on any restrictions set by the owner of the network. Otherwise, a wireless internet connection provides all the same functionality as any regular Internet connection would.

By using special WiFi media adapters, an Ethernet system can be converted for wireless use throughout an office building or other general area. The Ethernet system can then be accessed by anything with the capability to use it, similarly to Internet. The difference between Internet and Ethernet WiFi systems doesn’t involve the wireless connection itself, which is basically the same thing either way: a wireless access point which is connected to the physical network and which broadcasts wireless signals.

WiFi Ethernet allows for wireless LANs, Local Area Networks, to be formed. Through these networks, users can access data on a local server and view other computers which are connected to the network. This sort of network is convenient in many circumstances where a small, locally accessible server serves better than the Internet itself. It does not, however, permit access to the Internet (although dual Internet and Ethernet accessibility through a single router is possible, if both networks are installed within the building). For more information, please see the other published articles on Ethernet and LANs.

The advantages of wireless technology, combined with the compatibility brought about by the WiFi Alliance, should be fairly obvious. A wireless network allows portability for users within a building, so they can travel short distances while still using their laptops or other portable devices with full functionality. It also all but eliminates the mess and hassle of cables: even though the wireless access point itself must be physically connected to the network cables, no extra wires will need to be present in public areas.

The lack of cables also means that nobody will be accidentally knocking wires out, which helps to prevent some problems that could be caused by an unexpectedly lost connection.

Of course, everything has cons as well as pros, and wireless networks are no exception. The main problem with wireless networks is their lack of range: even a device which complies with 802-11n has a maximum 300-foot range, and some devices, especially small NetBooks, are not compatible with that standard. Additionally, even the 802-11n standard can’t compare to fibre optic cable in terms of speed and bandwidth.

Wireless networks may also be susceptible to interference even with the WEP security protocol. Finally, having wireless access points placed too far apart or too closely together may result in dead zones or in crossing signals which make it impossible to connect properly. Fortunately, many of these cons may be circumvented with a skilled professional performing wireless network planning and installation.

To avoid dead zones or ineffective overlapping signals, APs (acces points) must be placed in strategic locations within a building. WiFi surveys take the building’s dimensions and construction and the range of different routers into account to be sure they are placed effectively. The best way to determine where wireless access points should be placed is to have a professional perform an on-site consultation.

Active Communication Company Ltd provides these consultations for free, and can assist any company with building a custom network which is perfect for them from start to finish.

Naturally, in this age of technology, there are computer-based options available to conduct automated surveys as well. Software from the Internet can calculate the specifications of a building and the range of different types of WiFi networks to help determine where wireless access points should be placed for maximum coverage and effectiveness.

Buildings which already have a WiFi network in place and wish to add a new wireless AP (wireless access point) or two may find it more convenient to simply download the software. However, for any network which is being built from scratch or added to substantially, a professional and personal on-site survey is highly recommended.

Choosing the Right Standard for your WiFi solution

Four different WiFi standards are commonly used today: 802-11a, 802-11b, 802-11g and 802-11n. There are, of course, different pros and cons specific to each standard that should be considered when setting up a network and looking into WiFi solutions.

The 802-11a standard was created at the same time as 802-11b, but did not gain popularity until slightly later. The two WiFi standards are incompatible since they run on different frequencies, so users must choose one or the other (if either). In general, 802-11a is used more for businesses and offices than for homes. It is more costly, but is also faster than its counterpart with a bandwidth of up to 54 MBits/sec.

The 802-11b standard has a wide following for at-home use, but falls short when it comes to business purposes. It is inexpensive but comparably slow, with a maximum bandwidth of only 11 MBits/sec. It also uses an unregulated frequency, making it susceptible to interference from other devices.

The 802-11g standard was released in 2002, and provided a major upgrade to previous standards by combining the best features of the standards which preceded it. It is backwards compatible with the 802-11b standard.

The newest standard, 802-11n improves on 802-11g in terms of both speed and range (up to 300 MBits/sec and 300 feet, respectively). It is backwards compatible with 802-11g. However, since the standard is not yet finalised, many devices are not yet built to include 802-11n compatibility.

Choosing the right blend of affordability, speed and range is important when setting up a WiFi network for office use.

Nowadays, it’s almost given that any widely used wireless router available for purchase will be WiFi compliant. This means that, as long as it’s working properly, it should be compatible with other WiFi compliant products: computers and laptops, cell phones, various handheld devices, et cetera. WiFi certification generally eliminates any incompatibility issues that might be a problem otherwise. Thanks to the popularity of the WiFi alliance, it’s usually safe to assume that commercially available products are built to be compatible (but it’s always a good idea to check first).

With fully functional wireless networks, compatible devices within range of a wireless access point may connect and use it to connect to the Internet or to the LAN (Local Area Network), depending on how the router and network are configured. Wireless networks do have effective optional security functions, so users may be required to provide a password or to register prior to accessing the network. Once a user has completed any required steps, they may access certain parts of the network or use it to its full extent, depending on how it is configured. 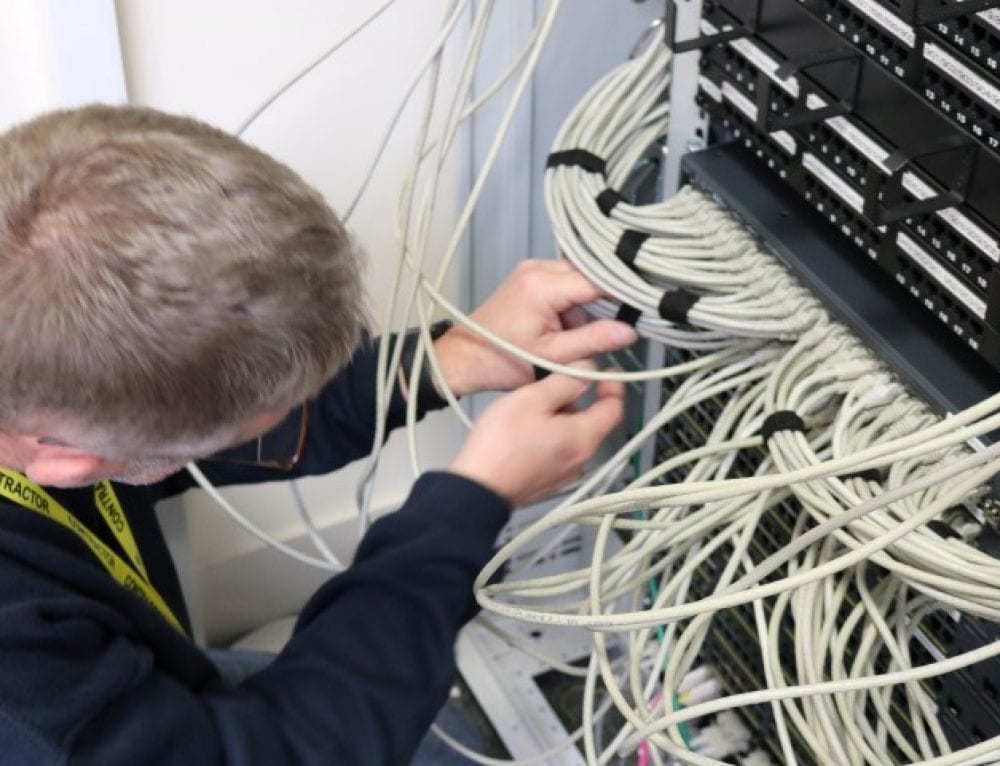 How is ACCL different?

GET IN TOUCH TO ARRANGE YOUR WIFI INSTALLATION SERVICE

At Active Communication Company Ltd, businesses can be sure to find the most experienced assistance around for the installation of WiFi solutions.

Certified WiFi installers are ready to help from beginning to end to deliver the best WiFi solution for your premises: conducting a survey, making and approving a plan, installing the WiFi network system, and providing assistance and training. For any building that wants a solidly tailored WiFi wireless plan, ACCL is the perfect choice. Contact ACCL today for a free on-site consultation!

VMS – what is a VMS?   When considering a CCTV system there are many considerations that yo...

Since the start of the pandemic, the interest in thermal cameras has increased exponentially around ...

Installing CCTV the right way   Today, CCTV systems are common in most areas of our lives.  ... READ MORE FROM OUR BLOG